So, most of you are wondering where is it I disappeared to, for the last few days. Over the labor day weekend I was learning to fly, of course!

Actually, at first I just decided to make a push as soon as I hit level 67, to reach 68 in record time. You see, level 68 is when Druids get their flying form. That is, magical creature that is Druid, it is able to morph into various animals. But the bird form is something that is achieved only on level 68 with Burning Crusade expansion.

Yes, I got bit by World of Warcraft bug again. But I have to tell you, flying is Amazing! The graphics are beautifully done, and the locales in Outlands are awesome. Mystical outer space kind of 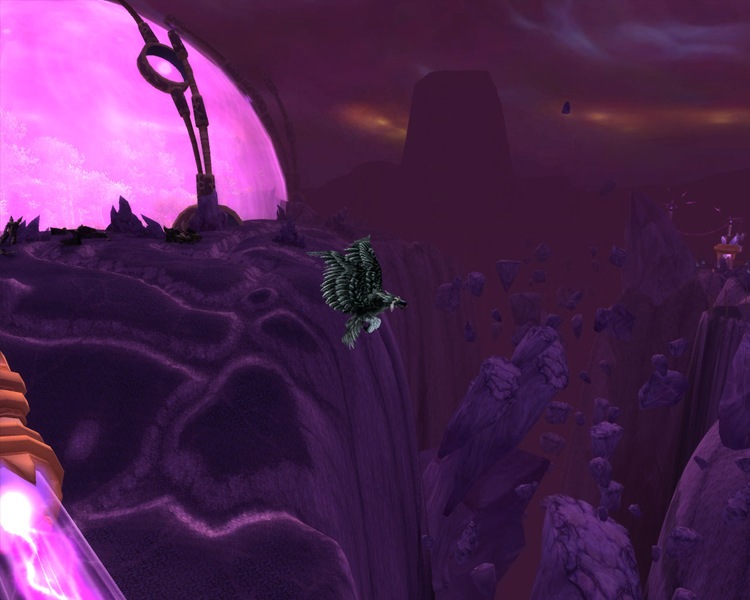 areas are just indescribable, so instead I took some screenshots, while flying. But I am sure they don’t do the game justice. So here are some more screenshots, just from the BC expansion: 1, 2, 3, 4, 5, 6, lots more.

If you get upset with my geeky fascination with this fairy tale game, don’t despair! I am planning to be back to something which should interest you much more! In the works is extensive post demystifying PodCasts (with and without an iPod) and bringing you some of the best ones in News, Enrichment, Science, and Science Fiction that I enjoy.

Meanwhile, go check out some flying mount video or druid flying form video; the latter video is similar to what my Druid character can morph into.

Ilia, you know, I think you have some personality disorder, maybe worth to get it checked out!

How else do you explain that you never sign you true name anywhere?