What started as a simple upgrade of my daughter’s video card, turned into afternoon of sheer terror. I don’t really know if it’s nVidia to blame, or some incompetence of EA developers, but result is tragic just the same.

Naturally, after I replaced the graphics card on her Windows XP system, I updated the driver to match the newer nVidia chipset. Then I decided to test out Sims 2, her favorite game, as a final confirmation that the upgrade went well. 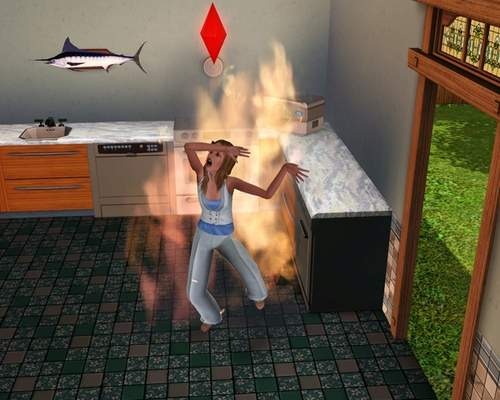 Only, the game didn’t start at all!!! So I proceeded to try her second favorite game, Sims 3. Same result, doesn’t start! No error, no clues, nothing!!! I proceeded to run DxDiag utility (all you do is type it into your Run prompt), and it showed that “No Problems Detected”.

I spent hours, reinstalling the game, scouting online articles for ideas. Checking settings, resetting graphics options, touring the registry. Much fun….. ..NOT! As a father, don’t you hate it when you disappoint (and UPSET) your child!!! I was really upset!

What I eventually found on Sims support site (and not main EA support site, where I went first) was Unbelievable! Latest nVidia drivers, they say, CAUSES THE GAME NOT TO START! And the only solution right now is to uninstall new drivers and roll back to August version!

Well, I can confirm now that this resolves the issue. But, what is this incompetence?! Did nVidia mess up most basic compatibility tests and unleashed Faulty drivers onto the world! Or did EA developers simply not use DirectX APIs properly?

Game on, fellow Sims lovers, and here’s to hoping EA and nVidia will get together and resolve this unfortunate disaster, via an Update (both games support auto-patching!) before major Class Action Lawsuit materializes!