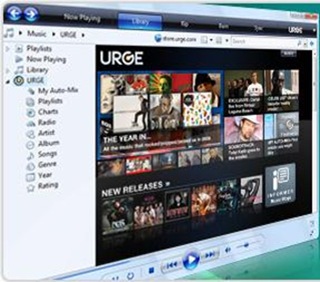 So, which Codec are you storing your Media in? Things like Home Movies, or recorded TV shows? How about your Music collection? Don’t even know or care what Codec is?

You should care! For one, because of the nightmares of what plays on which device at what quality and why. After installing elaborate suite of software, you usually can get computer to play pretty much anything, provided your PC is fast enough, of course.

But, what about iPod, Zune, and myriad of other MP3/4 video/audio players? And how about XBox 360 media extender? Or AppleTV, or huge collection of other divx and media extending players for home?

So why can’t vendors and companies get their act together? Why can’t technology industry standardize on a single preferred codec, or at least on top 3, and provide support for the media creation/editing/playback on major Operating Systems and devices?

I guess it’s the same reason the HD-DVD and Blu-Ray fighting it out right now… Greed!

But, we’re not totally doomed, since it’s only 2 major standards, and not Ten, right? 🙂

So what are we to do? If you are using Windows, the only standard that is flexible and seem pretty well supported is WMV. But, who owns that format? Microsoft does! If I archive all my home videos in WMV HD, will I be able to freely extract/play it 10 years from now? How about 20? Or 40?

That is why I decided to take a look at MP4/H.264 codec. It is already embraced by Apple and even by Microsoft’s own Zune player. Recently, support for this codec was added to XBox 360 media extender (partial support, for now), so momentum seems to be building. And, since it is developed through partnership of standard groups, no single entity, such as Microsoft, owns it.

Now, if only it were easy to convert media into MP4. I originally planned to put my numerous attempts to encode into MP4 in this post, but seeing how it’s already way too long, I’ll hold off on that until my upcoming post, stay tuned.

Meanwhile, what codec do you use and why? Do you take into account the quality as well as the storage space needed to preserve your memories and your favorite media? Please, leave me some comments!