While earlier in a week I read (just like many of you) that HP is getting out of Tablet (and most PC / Mobile Hardware) business, I only reflected on how that will change landscape of our mighty Industry. Instead, I should have been pondering what will HP decide to do with hundreds of thousands of HP Touchpads out there in supply chain! 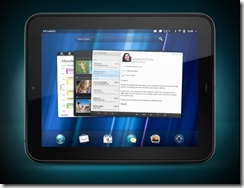 Well, late Friday night I learned that HP decided to clearance out the remaining inventory, at steep discount! Yes, the price is down to only $99 for 16 GB model and $149 for 32 GB model, effective Saturday (August 20th).

Well, apparently some people were even faster on the trigger on this item. Although I was up early on Saturday trying to snap one, they were nowhere to be found. Seems like more prudent folks out there camped out and snapped them litterally at store open time. All 30+ electronic retailers around me were out of stock virtually instantly! I even scoured Twitter, searching for tweets around people finding Touchpads in stock, but Alas, none were from my area. What Gives!?

To be fair, the hardware specs on the device are most impressive, but it’s future is uncertain. I think for such low price, it is a worthy experiment and hardware is close enough to get Android ported over (sooner or later). But even with WebOS, it’s solid Internet browsing and entertainment device, so at this price, why not? Ironically, for all the mania (there was more of it on Sunday when BestBuy dropped their prices also), most likely in about 1 year these devices will have $100 to $150 as a regular price point for this level hardware (my prediction).

Anyhow, here is how you can snap one up (if you hurry, this still maybe up). Amazon is selling via their Marketplace (OnSale when I linked).

If they are all gone from there, check out SlickDeals forums for tips where to find them.